He’s allergic to tree nuts, but don’t worry, pizza’s safe.
He carries around his inhaler, but you might want to invest in one too, on the off chance he forgets.
Cause he’s forgetful, even when you need him to remember, but if you’re going to love him, that’s just how he is.

He wants to be a detective, not like Ace Ventura, I know, it’s a pity, but it’s always been his dream.
And he’ll want lots of dogs, but they’ll have to be hypoallergenic (for your sake, not for his). He’s allergic, but he could care less; sneeze all night and do it again the next morning, so keep a pocket full of Benadryl while you’re at it. Trust me, you’ll thank me later.

But Benadryl knocks him out, so don’t give it to him unless you’re prepared to knock out too.
I know, it won’t always be fun, but if you’re going to love him, it’s just something you’ll have to do.

And don’t expect to name your kids, because he’s got them all figured out, but they’re good ones, I promise, you’ll love them, I promise.

Also, don’t ever let him make a promise, because he doesn’t truly understand what it means yet, but if you’re going to love him, that’s just the way he is.

Until you remember and realize the problem was never solved, but if you’re going to love him, forget you were ever mad in the first place. You’re better off if you do.

Forget.
Sometimes, I wish I did.

Because the truth is, he has a heart the size of the home he wishes he could buy you. A heart so big, it’s big enough to fit all the kids he can’t wait for you to bear. And just when you don’t think he’s listening, he’ll say something so profound it’ll make you fall in love with him all over again.

Because he’s so soft,
and kind,
and gentle,
and loving.

Above all, he’s loving.

So loving it makes wonder where he got it from.
But I’ll stop it there, because you’ll find out about that later…

So, if you’re going to love him, please do it unconditionally.
Please show him that God specifically built you in His tool shed to shine light all over the world he shelters so much darkness in.

Laugh when he forgets to bring his wallet.
Smile when you have to help him clean his room.
Lift him into the cart so he doesn’t have to walk through the grocery store and bribe him with Mike & Ike’s if you need to go get your low beams changed because that is the only way he’ll go with you.

If you’re going to love him, don’t love him on the condition that he changes.

Because that’s how you’ll lose him.

Trust me, I would know.

So, to the girl who loves him next,
I really hope you’re the one.

One thought on “to the girl who loves him next,” 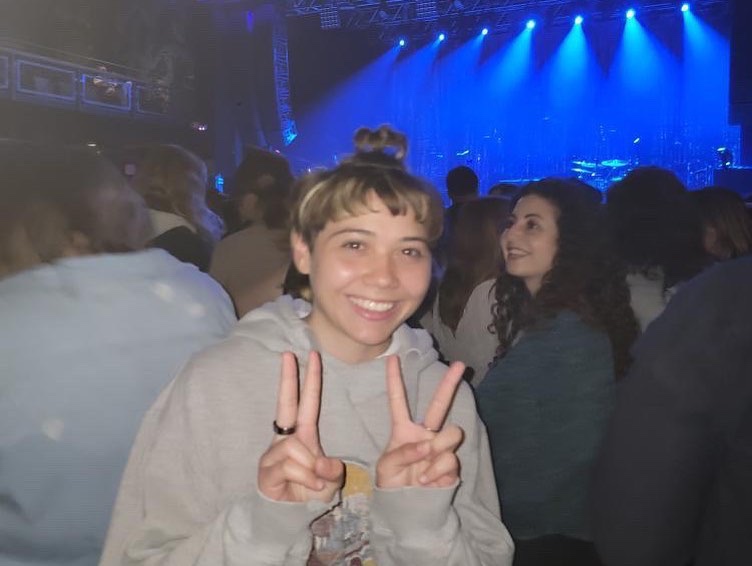 they say love isn’t enough, but let’s pretend that it is.

drop an angel from the sky, god.